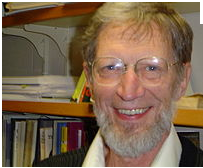 Like any Christian (and indeed any theist), I believe that the world has been created by God, and hence “intelligently designed”. As far as I can see, God certainly could have used Darwinian processes to create the living world and direct it as he wanted to go; hence evolution as such does not imply that there is no direction in the history of life. What does have that implication is not evolutionary theory itself, but unguided evolution, the idea that neither God nor any other person has taken a hand in guiding, directing or orchestrating the course of evolution. But the scientific theory of evolution, sensibly enough, says nothing one way or the other about divine guidance. It doesn’t say that evolution is divinely guided; it also doesn’t say that it isn’t. Like almost any theist, I reject unguided evolution; but the contemporary scientific theory of evolution just as such—apart from philosophical or theological add-ons—doesn’t say that evolution is unguided. Like science in general, it makes no pronouncements on the existence or activity of God.

Dr. Plantinga is professor emeritus of Philosophy at the University of Notre Dame, was described by Time magazine in 1980 as “America’s leading orthodox Protestant philosopher of God.”  He is the author of numerous articles and several books, including God and Other Minds: the Rational Justification of Religious Belief (Cornell 1967), God, Freedom and Evil (Eerdmans 1974), Warranted Christian Belief (Oxford 2000) and Where the Conflict Really Lies: Science, Religion, and Naturalism (Oxford 2012 from which he draws this lecture).  Among many honors, Plantinga is the past president of the American Philosophical Association, Central Division, and the Society of Christian Philosophers, and a Fellow of the American Academy of Arts and Sciences. With a PhD in Philosophy from Yale University, Alvin Plantinga is widely known for his work in philosophy of religion, epistemology, metaphysics and Christian apologetics. He delivered the Gifford Lectures three times, was a Guggenheim Fellow, 1971–1972. In 2012, the University of Pittsburgh’s Philosophy Department, History and Philosophy of Science Department, and the Center for the History and Philosophy of Science awarded him the Rescher Prize.

Handout for the Lecture  Science and Religion- where conflict handout

See Thomas Nagel’s book which has fuelled much current debate: Mind and Cosmos: why naturalistic neo-Darwinism is almost certainly wrong.

Also see the detailed scholarly work on the subject of natural theology by Alister McGrath called A Fine-Tuned Universe. and the brilliant argument critiquing naturalism in David Bentley Hart, The Experience of God: being, consciousness, bliss (Yale, 2013)