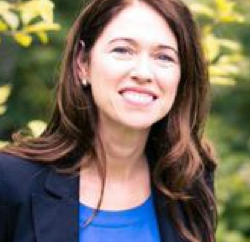 Professor of Education & Co-Director of the Gender Studies Minor

Why Saying Nothing at All Can Ruin a Perfectly Good Education

There is a substantial and wide-ranging body of research connecting gender with achievement in schools and in career and home life.  This lecture explores the intersection of feminism, faith, classroom silence and linguistic patterns. Gendered speech tendencies are understood as often aligned with expectations of femininity and masculinity with education as a primary site for gendered performances. The particular pattern of silence among female students in a whole variety of educational settings has been surprisingly consistent, particularly in light of advances in feminist pedagogical methods. Many female students are not very vocal in typical teacher-led classroom lessons. In addition, the Christian subculture has added identity factors and pressures concerning gender roles. While more recent work marks an important shift away from gender generalizations and sex differences to the particular situations and events at work in various educational settings, the research presented in this lecture explores how male students ‘have the floor’ with female students often serving as attentive, silent listeners. Various classrooms will serve as case studies, including a grade 2 classroom and 2 theology college classrooms; these examples offer implications for schooling in general and for what student silence tells us about the educational enterprise.

Allyson Jule, PhD, is Professor of Education and Co-Director of the Gender Studies Institute at Trinity Western University in Langley, BC, Canada.  She is also the President of Canada’s Women’s and Gender Studies et Recherches Féministes (WGSRF.com) and a 3M Canada Fellowship winner, 2016. Allyson has particular research interests in the area of gender & language & silence in the classroom as well as gender & language alongside religious identity. She is the author of 2 monographs Gender, Participation and Silence in the Language Classroom:Sh-shushing the Girls and A Beginner’s Guide to Language and Gender (with a second edition due out later this year) and 5 edited collections of sociolinguistic or Christian scholarship: Gender and the Language of Religion, Being Feminist, Being Christian: Essays from Academia, edited with Bettina Tate Pedersen, Language and Religious Identity, Shifting Visions: Gender and Discourse,Facing Challenges: Feminism in Christian Higher Education and Other Places, also with Pedersen. Dr. Jule has also authored several articles in books and peer-reviewed journals of significant readership, including The Canadian Modern Language Review and Gender and Education. She has been very active on the editorial boards of academic journals, such as Gender and Education journal, Gender and Language journal, the British Journal of Contemporary Religion and the Irish Journal of Applied Social Sciences. She serves on the executive council for the International Gender and Language Association (IGALA).

Allyson Jule is a highly respected and internationally renowned scholar in the field of gender and education and gender and language and gender and Christian identity.  She has presented her research in interdisciplinary contexts, connecting strongly as an interdisciplinary scholar in the fields of Women’s Studies, Education, Applied Linguistics, Teacher Education, Christian scholarship and Media Studies. She has presented at many national and international conferences, including at conferences in Canada, Germany, New Zealand, United Kingdom, Ireland, Spain, Taiwan, Belgium, and Brazil, and ranging in topics from Sex and the City, the Mary Tyler Moore show, a critique of the Women’s Cancer memoir genre, princesses and superheroes in classroom textbooks, and Christian feminism.

Allyson Jule won TWU’s Davis Distinguished Teaching Award in 2011 and was named one of Canada’s top 10 professors for 2016. She was awarded the prestigious 3M Teaching Fellowship for excellence in university teaching and leadership, marking the only time a TWU professor has been so honoured. The announcement is found here: http://3mcouncil.stlhe.ca/resources/award-winners/#allyson-jule 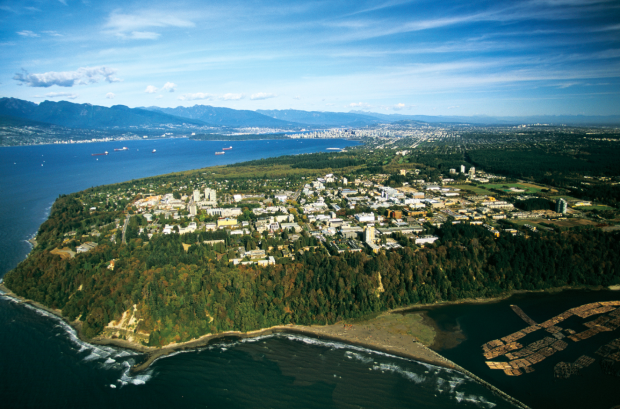 This week I am enjoying my first ever visit to Vancouver to give a series of lectures and discussions on Faith and Wisdom in Science and the ideas and actions that flow from thinking through a Christian Theology of Science.  There are a few science lectures thrown in (in biophysics of protein dynamics – at Simon Fraser University, and the molecular rheology of polymer melts in processing – at UBC), and a final Friday night at St John’s (Graduate) College, UBC, on Medieval Science and the Ordered Universe Project.  Last night saw a fruitful and friendly welcome at Regent College.

and inspiring (the questions that is – I can’t speak for the answers). The central section of the presentations, focussing on drawing resource from Biblical wisdom literature, draws on the close reading of the Book of Job that forms the central chapter of Faith and Wisdom.  So one of the questioners wanted to know about Jesus’ sayings about nature in the gospels, and their significance.  As in the cycles of speeches between Job and his comforters, way before the probing questions of the Lord’s Answer in chapter 38, the gospels, too, are full of nature metaphor and action.  The calming of the waves, the wind-image of the Spirit, the liking of the ‘signs of the times’ to the signs that the coming of the Kingdom is close – all these speak of a relationship with the natural world that reflects the Godly Wisdom of a deep seeing, an inner understanding, and an investment of significance into the material, natural world.  More thinking required here!

Another question searched the dilemma facing the church in sharing both the positive narrative for science and its consequences for an ethical, hopeful and fruitful managing of nature in future.  Given the explicit Creation-Fall-Election-Incarnation-Resurrection-Ministry of Reconciliation-New Creation story within which science and technology make sense as God’s gifts, how is all this worked through in a world that largely does not recognise that big story?  It reminded me of a wonderful question from an atheist sociologist at one of the first ever university-based discussions of the Faith and Wisdom in Science idea: ‘I wish I could share in your vision and hope, but as an atheist I can’t begin to share your assumptions: what can you give me?’

I think that the answer is not ‘nothing’ by any means.  Back to St. Paul and his brilliant summary of the work of the Church – the ‘ministry of reconciliation’ of 2 Corinthians 5.  To talk about our work being that of ‘healing broken relationships’ is something that everyone knows about and everyone wants.  To point to ways in which we can hope to reverse the mutual harm that we and our planet are inflicting on each other, by framing the challenge in those terms, and then by proceeding as one does in the healing of any broken relationship, is a practical way ahead that anyone can buy into.  Replacing ignorance with knowledge, fear with wisdom, and mutual harm with mutual flourishing – this is a framework for political and social care that has already generated practical outcomes, such as the Responsible Research and Innovation policy in the UK and Europe.

I hope to be able to say more about the work that new theologically-generated narratives can do in our managing of science and technology at a Harvard STS-Programme seminar next week (on the day of the US presidential election!), Narratives of Hope: Science, Theology and Environmental Public Policy

.  But that is for next week. Today there is more at UBC with Investigating the Deep Structure of Modern Science: the Search for Wisdom.

I am extremely grateful to the Canadian Scientific and Christian affiliation for supporting the visit, and to my kind hosts and organisers for all their tremendous hard work.