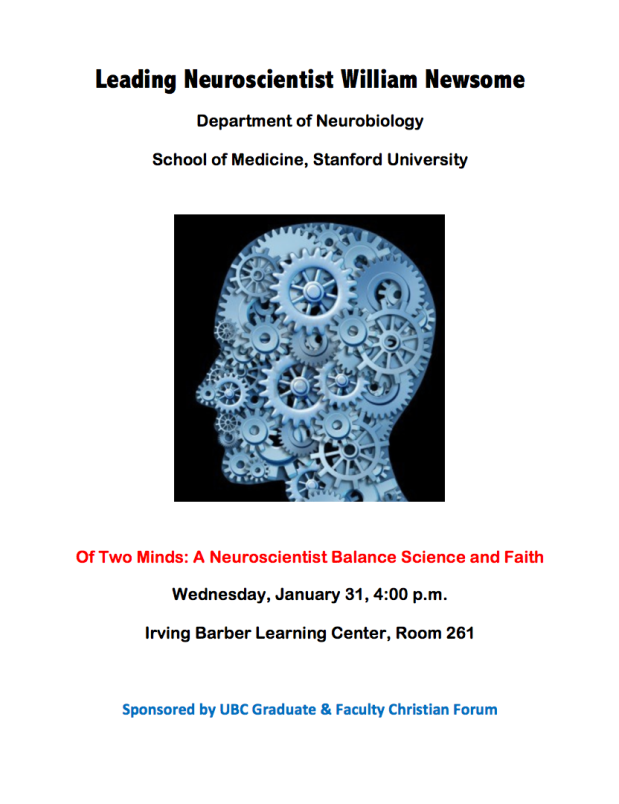 This is where the fulcrum of our fears lie: that humans as a species and we as thinking people, will be shown to be no more than a machinery of atoms. The crisis of our confidence springs from each person’s wish to be a mind and a person in the face of the nagging fear that one is only a mechanism.

Craver, C.F., (2007).  Explaining the Brain: mechanisms and the mosaic unity of neuroscience.  Oxford.

Brown, W.S. and Murphy, N. (2007). Did My Neurons Make Me Do It?: philosophical, and neurobiological perspectives on moral responsibility and free will. Oxford Clarendon.

is the Vincent V.C. Woo Director of the Stanford Neurosciences Institute, Harman Family Provostial Professor and is a Howard Hughes Medical Institute Investigator. He received a BS degree in Physics from Stetson University and a PhD in Biology from the California Institute of Technology. He served on the faculty of the Department of Neurobiology and Behavior at SUNY Stony Brook before moving to Stanford in 1988. Dr. Newsome is a leading investigator in the fields of visual and cognitive neuroscience. He co-chaired the NIH working group that planned the US national BRAIN initiative.

Dr. Newsome hs made fundamental contributions to our understanding of the neural mechanisms underlying visual perception and simple forms of decision-making. Among his many honors are the RAnk Prize in Opto-electronics, the Distinguished Scientific Contribution Award of the American Psychological Association, Karl Spencer Lashley Award of the American Philosophical Society, the Champalimaud Vision Award, and most recently, the Pepose Award for the Study of Vision, Brandeis University.

He has given numerous distinguished lectureships and was elected to membership in the National Academy of Sciences in 2000 and to the American Philosophical Society in 2011. His scientific publications include more than one hundred research articles in preeminent scientific journals. 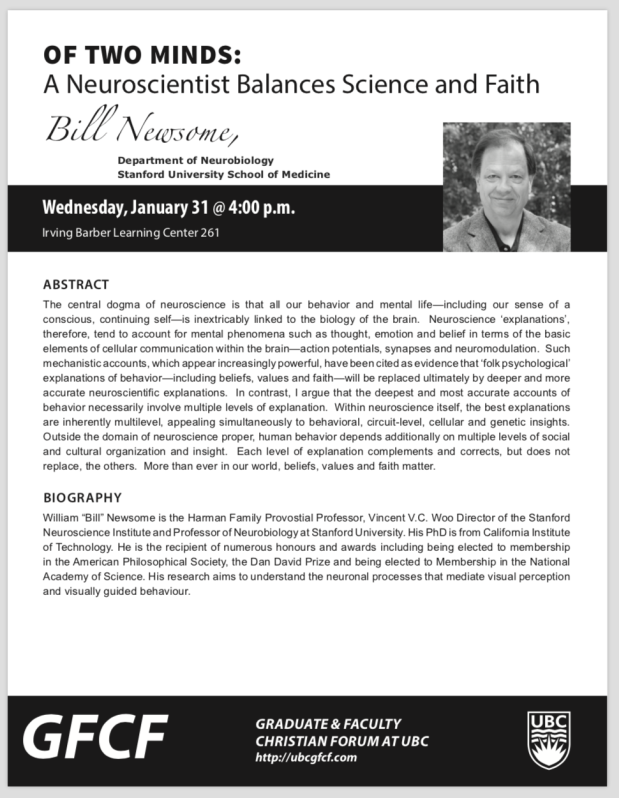 Co-sponsored with the Canadian Science & Christian Affiliation. Other lectures in the series at  csca.ca/van

Supported by the UBC Murrin Fund and Oikodome Foundation

https://www.youtube.com/watch?v=Jzn2msnmPso Bill Newsome on Free Will