This lecture will reveal fresh, unexpected insights into the important and complex issue of interpretation of ancient biblical text. Dr. Walton has focused his research on the literature and cultures of the ancient Near East and the Hebrew Scriptures (especially Genesis 1-3), drawing important clues from ancient cosmology. His rigorous work offers a close reading of the creation narrative within its cultural and historical context. This reading raises important questions about appropriate biblical insights for modern science regarding the natural world (cosmology, biology, human origins).  It also explores a unique and fruitful philosophical framework for thinking about the cosmos and our place in it. Are today’s scientific conclusions regarding old earth, common descent, and origins of the human race actually in conflict with the Hebrew Bible? Our speaker will explain his scholarly and critical perspective on the matter.

Dr. Walton received his PhD in 1981 from Hebrew and Cognate Studies, from the Hebrew Union College—Jewish Institute of Religion, Cincinnati, Ohio. He has focused his attention on studies comparing the culture and literature of the Bible and the literature of the ancient Near East. He is presently a Professor of Old Testament at Wheaton College, a premier educational institution in Chicago. He authored the text The Lost World of Genesis One (IVP, 2009). Dr. Walton has authored many articles and books, including The Lost World of Genesis One, Genesis 1 as Ancient Cosmology, and Ancient Near Eastern Thought and the Old Testament. His book on Genesis 2–3, The Lost World of Adam and Eve, is forthcoming. 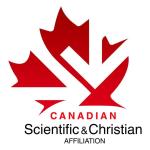 John Walton’s thoughtful analysis of Genesis 1 is the most inspiring I have encountered. When I helped organize a major workshop on ‘Becoming Human,’ we made sure to choose a date when he could participate.

This book presents a profoundly important new analysis of the meaning of Genesis. Digging deeply into the original Hebrew language and the culture of the people of Israel in Old Testament times, respected scholar John Walton argues convincingly that Genesis was intended to describe the creation of the functions of the cosmos, not its material nature. In the process, he elevates Scripture to a new level of respectful understanding, and eliminates any conflict between scientific and scriptural descriptions of origins.

Francis S. Collins, head of the Human Genome Project and author of The Language of God

John Walton’s expertise in the Ancient Near Eastern sources enables him to shed a flood of new and unexpected light on the deeper meaning of Genesis 1. The Creator, Genesis is saying, designed heaven and earth as a great temple with the intention of coming to live in it himself—and the sabbath isn’t just a nice break after the work is done, but the moment when he takes up residence in the world he has just made. The implications of this resonate right through the rest of the Bible. This is not just a book to invite ‘creationists’ to think differently; it is a book to help all Bible students read the whole of Scripture with fresh eyes.