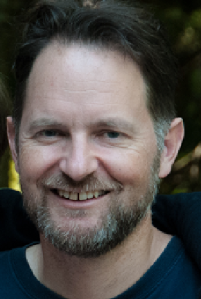 Can Physical Systems be Creative?

There are many arguments against materialism that take the general form: “Materialism is false because it cannot account for X”, where X might be consciousness, rational understanding, human free will, or the evolution of life.  Such arguments are advanced today by philosophers such as Thomas Nagel, David Chalmers and Alvin Plantinga.  Dr. Johns sees the last two arguments as linked, since free will and evolution both require creativity, in a sense that seems to be incompatible with both determinism and randomness (or a combination of them).  In this talk our speaker will define what it means for a process to be creative, and show that free will and biological evolution (as well as engineering) require creativity in this sense.  He will then look at arguments that material systems cannot be creative, and consider objections to them.

Dr. Richard Johns was born in the UK, and did his undergraduate training in mathematics and engineering before switching to logic and philosophy of science in graduate school.  He moved to Vancouver, B.C. to finish his PhD in philosophy at UBC.  Since then he taught philosophy courses at UBC and SFU before accepting a permanent position at Langara College.  His main research interest concerns the objective meaning of “probability”, as used in physical theories, which is the topic of his book, A Theory of Physical Probability (U. of T. Press, 2002).   He is also interested in the limits of self-organisation in physics, the question of whether material systems can have understanding, the possibility of free will in a material universe, and the recent emergence of “safety” as an overriding moral imperative.

Summary of the Argument: Can Matter be Creative?  by Richard Johns

It is commonplace to compare living organisms to human technology. William Paley, for example, compared organisms to watches, in virtue of containing parts with obvious purposes that meshed together to produce a functioning whole. Richard Dawkins compared bats to spy planes, bristling with advanced technology. Also note that biologists consider human technologies such as cell phones and airplanes to be products of evolution, since their creators are themselves such products.

While life and technology are similarly functional, their origins are thought to be very different. The development of new technologies requires that engineers understand the problem to be solved, and have knowledge of physical laws, the properties of materials, and so on. In short, creative engineering requires understanding. This is especially crucial when solving very difficult problems, which may take many generations of engineers. The Wright brothers, smart fellows though they were, could not have made a supersonic jet. Solving the problem of supersonic flight required a long cumulative process of somewhat gradual improvements, involving many people, who each had to understand the successes as well as the limitations of earlier designs.

Evolution on the other hand is not an intentional process, according to the standard evolutionary theory (SET). (SET refers rather loosely to contemporary versions of the ‘Modern Synthesis’, or ‘Neo-Darwinism’, developed in the 1940s by Fisher, Haldane, Wright, etc.) Evolution is a purely physical process on this view, and no thought or understanding is involved, until perhaps humans arrive on the scene. Nevertheless evolution is often described as a ‘creative’ process, on account of the fantastic technologies it has produced. I will argue, however, that no physical process can be creative in the required sense.

Engineers have, we might say, a ‘bias’ towards functional structures. If you produced a vast number of structures randomly, all with the same probability, very few of them would be functional. Very few would ‘do something useful’, such as walking, swimming, flying, detecting remote objects, producing light, generating electric currents, etc. Random processes are therefore unlikely to produce anything functional. Engineers however don’t produce objects randomly. They’re much more likely to produce a functional object than a random process would be.

Can physical processes have a similar bias toward functional structures? Evolutionary biologists say, “Yes indeed!” (Richard Dawkins is especially clear on this point.) Were this not the case, evolution – a physical process – could never have produced the complex life we see around us in so short a time.

Here’s the difficulty. The process of evolution must have a strong bias toward making new functional structures, or it cannot explain life as we find it. On the other hand, the laws of physics themselves have no bias toward functionality. The laws of physics are very simple and symmetric, and have been shown to produce only objects that are either simple and repetitive, or complex but random-looking and haphazard (or a mixture of the two). Such objects are never functional to any significant degree. A bias toward functionality arises only, SET claims, with the first appearance of a self-replicating entity, whose descendants differ from one another in minor ways. This leads to a struggle for existence, a competition for resources among these variants, and an automatic ‘selection’ of the more functional types.

So SET is committed to four claims:

The conjunction of these claims is however in conflict with probability theory. The first claim entails that complex life is fantastically improbable relative to the laws of physics, too improbable to be a realistic possibility, even in billions of years. (In the Markov chain formalism that can be used to represent a physical system, it has very low ‘stationary probability’.) If this probability becomes much larger, upon the appearance of a self-replicator, then probability theory tells us that the appearance of a self-replicator must also be fantastically improbable, contradicting claim (iv) above. In technical language, if Prob(A) is some low number , but Prob(A | B) is some much larger value q, then Prob(B) is no greater than /q. In effect, the probabilities of events in a physical system are fixed by the laws of physics, and the initial state, and cannot change much thereafter. For an improbable event to become probable, an equally improbable event must occur first.

There is no possible escape to this problem, as long as the probability of functional organisms is indeed very low at the beginning of time. But to drop this assumption (i) commits us to the view that the laws of physics themselves have a very strong bias toward functional objects, including computers and bicycles. Apart from there being no evidence for this at all (and much opposing evidence), it would seem to remove the need for SET in the first place.

In summary, if evolution is a physical process, then it can produce living organisms only if the laws of physics and initial state are ‘pre-programmed’ (so to speak) to do so. There is no question of a physical process creating such a disposition toward technology on its own. Physical systems, whether deterministic or not, are ruled by their laws and initial conditions.