A Sense of Wonder: the Long Journey of a Scientist to Faith

Raised as an enthusiastic atheist and trained as a top biochemist, Dr. Garte began to question materialistic naturalism at one point in his career. This was sparked by his study of quantum physics and molecular biology: for example, the Heisenberg uncertainty principle, the observer effect, and quantum entanglement, the complexity of biochemical systems such as protein synthesis, photosynthesis and abiogenesis. These scientific findings made him question the pure materialism outlook: he began to wonder about the God question, and it was science itself that guided him forward.

Sy (Seymour) Garte, PhD in biochemistry, has been a tenured professor at New York University, Rutgers University, and the University of Pittsburgh, Division Director at the Center for Scientific Review of the National Institutes of Health, and interim vice president for research at the Uniformed Services University of the Health Sciences. He has published over two hundred peer-reviewed scientific papers and four books. He has also published articles in Perspectives in Science and Christian Faith and is the editor-in-chief of God and Nature. His faith journey is published inThe Works of His Hands (2019, Kregel). 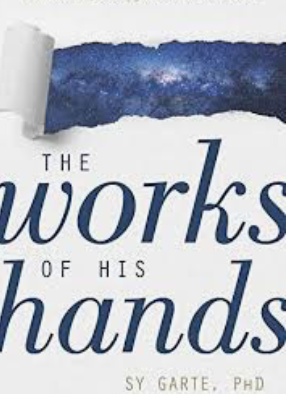 Other GFCF Speakers on Science & Faith

Alister McGrath, Probing the Viability of Natural Theology for the Twenty-first Century.